Not only are Dobermans and German Shepherds amongst the most popular dog breeds on the planet, but each dog breed is also an easily recognizable type of dog with truly iconic appearances.

While the Doberman Pinscher and German Shepherd Dog are roughly the same size and share many of the same traits and attributes, there are also many differences between these two noble breeds.

This is why we are offering this side-by-side comparison to help you determine if a Doberman breed or a German Shepherd breed is the right pup for you and your family.

While they might both have fearsome reputations and somewhat intimidating physical characteristics, both Dobermans and German Shepherds are easy to train, extremely loyal, and full of enthusiasm. These are all traits that can make for an excellent family dog. So, if you are a dog owner who’s trying to determine which of these two breeds is right for you as a pet owner, you have come to the right place!

The Doberman, or Doberman Pinscher, as it is formally known, is a dog breed that was first developed during the late 19th century by a German man named Karl Dobermann. The original intention for the breed was to develop a loyal yet ferocious dog that could act as a loving and protective guard dog.

With these requirements, it became obvious that Karl Dobermann needed a dog of impressive stature and one that could back its size with strength, stamina, and intelligence. If you have ever come across a Doberman, you know this breed delivers on all fronts. While these traits may lead you to believe that Dobermans are vicious and intimidating, they are actually incredibly loyal and surprisingly affectionate. However, proper training is a must for this large dog, as is plenty of exercise.

Without a breed-appropriate level of obedience training and daily exercise, a Doberman Pinscher can become quite anxious and unruly, so it is important that you know what you are getting yourself into before you bring a Doberman home so you’re not caught unprepared.

They were not bred for the purpose of being pets or companions, as their primary purpose was to be working dogs on remote farms. Since they needed to be capable of performing important tasks without their owner’s guidance, the breed needed to be incredibly intelligent, very fast, and have an extremely keen sense of smell and duty.

While they were not bred for any other purpose than working on farms, many of the traits they needed to herd and protect sheep and other livestock actually also make them suitable for other tasks, which is why German Shepherds are used to the present day for countless military and police applications.

In fact, during the First World War, the German Shepherd was used for numerous military applications, including dragging wounded soldiers to safety. These courageous acts and their seemingly undying loyalty were part of the reason why they became so popular throughout Germany and beyond.

Fortunately, these traits can also make them outstanding pets, but just like Dobermans, they require very thorough obedience and socialization training, as well as a significant amount of daily exercise and mental stimulation.

Dobermans and German Shepherds have a similar stature, with the average adult Doberman reaching 24 to 28 inches in height and roughly 70 to 100 lbs in weight.

On the other hand, German Shepherds are a little bit smaller but very similar, with the average German Shepherd reaching 22 to 26 inches in height and 50 to 90 lbs in weight.

The Doberman’s short, velvet-like coat is incredibly easy to care for, as it sheds relatively little and requires just a simple brushing now and again. Just by brushing the coat every other day, you can keep it looking smooth, shiny, and healthy.

On the other hand, the German Shepherd’s iconic coat is incredibly thick, as it is double-layered. Unfortunately, this is the reason why they are also considered fairly heavy shedders. If you, or someone in your household, has allergies to pet fur and dander, this could be a consideration.

If you own a German Shepherd, you will also quickly realize that they shed even more heavily at certain times of the year. This is because they shed their entire coat so it can replenish itself during certain seasons (usually at the start and end of the summer months).

In order to prevent matting and other coat-related issues, you will need to commit to very regular brushing and grooming sessions, which means you will be spending a significant amount of time with a grooming brush in your hand. Unfortunately, the thick coat can also lead to overheating issues, so it is important that you have air conditioning if you plan on owning a German Shepherd and you live in a hot climate.

Getting this dog hair off of clothes and furniture can seem like a full time chore. Don’t miss our guide on How to Get Rid of Dog Hair.

As described earlier, both of these breeds are incredibly loyal; however, they must be trained and socialized properly from a young age, as they can be extremely aggressive when they have not been taught how to behave.

When given proper obedience and socialization training, both breeds can be very family-friendly, but they tend to attach themselves to a certain individual, which is a trait that continues to linger from their early breed origins as working dogs.

For the most part, they can be friendly toward other dogs, but it is very important that you enroll a Doberman or a German Shepherd in socialization classes when they are young, otherwise they will not know how to act around other dogs. Both breeds can be quite suspicious of strangers when they are not trained properly, and this includes both strange humans and strange dogs.

Both breeds need a significant amount of exercise, as they are very energetic and intelligent breeds. Without at least two hours of exercise per day, they can become anxious and even destructive, as they need the mental and physical stimulation that regular walks can provide.

To keep your Doberman or German Shepherd happy and healthy, it helps to switch things up and take them on new walking routes. Dog-friendly hiking trails are also an excellent idea. Ideally, you will also have a large, enclosed backyard, so your pooch can spend time outside in-between walks.

Both types of dogs are fairly easy to train, as Dobermans and German Shepherds are both extremely intelligent breeds. In fact, the German Shepherd is generally classed as one of the smartest breeds in the world, which further explains why they are employed as police and military dogs in just about every country.

While both breeds are very trainable, training is of vital importance, as they can both be quite aggressive and even dangerous when they are not trained properly. Start your pooch young and consider puppy obedience and socialization classes.

Unfortunately, both breeds are susceptible to a range of debilitating health issues, which is why it is important to have your pooch pre-screened for numerous issues. It is also vital that you offer your Doberman or German Shepherd a vet-recommended diet, as well as a breed-appropriate amount of exercise every single day.

Dobermans have a heightened risk of developing the following health issues:

German Shepherds are susceptible to the following:

While all of the above health issues can pose a serious risk to either type of breed, it is important to remember that all purebred dogs have certain health issues that they have a heightened risk of developing. The key to preventing and managing these issues is regular visits to a trusted veterinarian, a healthy diet, and regular exercise.

It is also a good idea to have your pooch screened for the above-mentioned health issues at a young age and again once the dog is approaching his or her senior years. In most cases, canine health issues can be managed much more effectively if they are recognized early.

Conclusion – Is a Doberman or a German Shepherd Right for Me?

Both breeds can be incredibly intelligent, devoted, and affectionate. They each have many admirable qualities, so choosing which is right for you and your family is mostly a question of personal preference.

While German Shepherds have more difficult and demanding coats, Dobermans are susceptible to more serious health issues. Whichever breed you end up choosing, just make sure that you enroll your new pooch in proper training classes from an early age. You also must offer your dog a healthy and nutritious diet, as well as plenty of daily exercise.

Above all, make sure that you provide your new canine companion with a loving home! 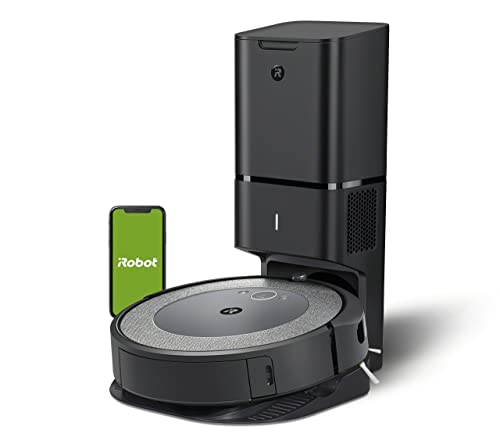